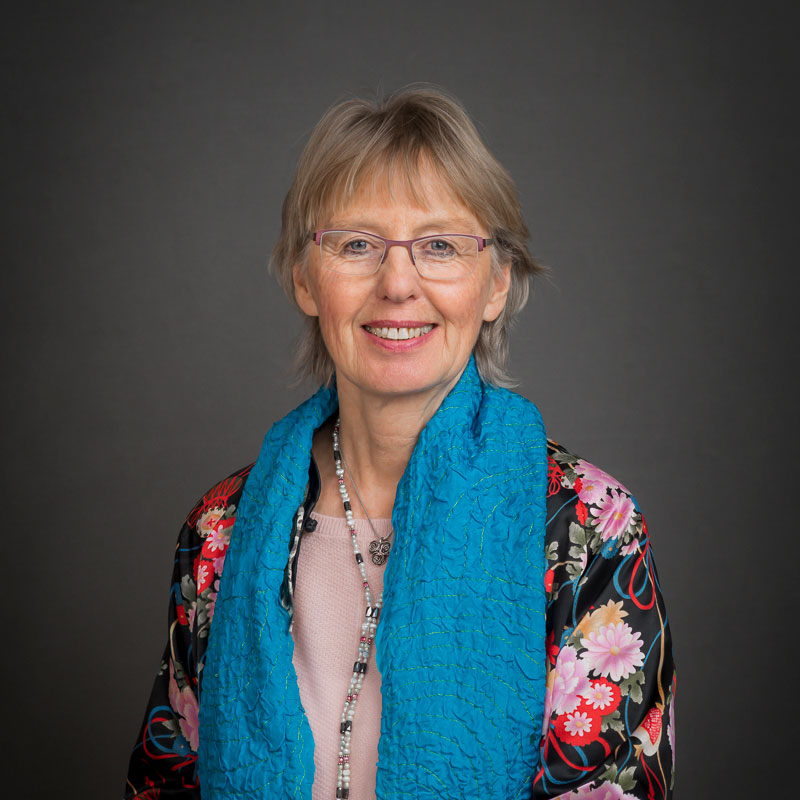 Dr. Petra Kuenkel is a thought-leader, renowned author and leading strategic advisor for global sustainable transformations. As an executive committee member of the Club of Rome and Founder of the Collective Leadership Institute she empowers leaders to take decisive action for our planetary future.

Changing the Drumbeats of our Economic System 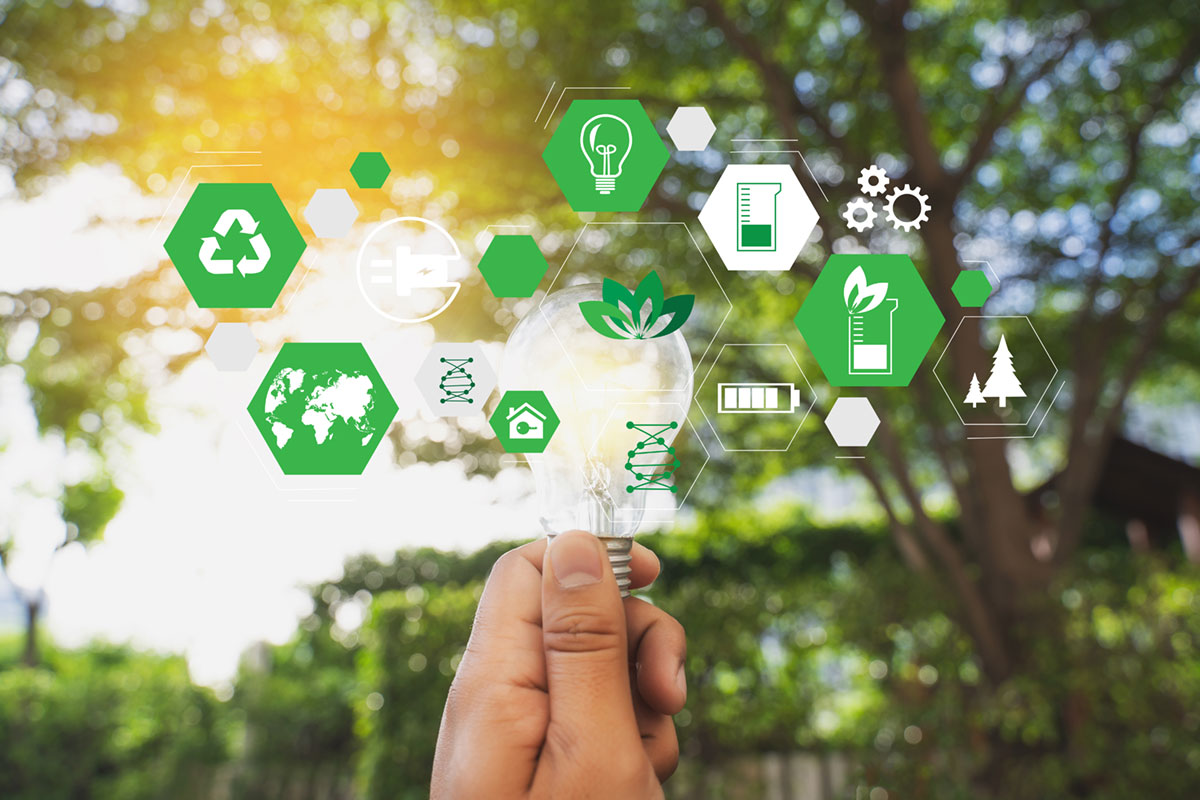 The fact that we live in downward-spriraling scenarios of climate crises and biodiversity loss is not only the result of widespread ignorance towards scientifically-based predictions. It is an ignorance towards the true history of humankind. Femxle systems thinkers and feminist cultural historians need to connect so that we remember that what was once possible will be part of our future.

If we did a global survey asking people, if they would enjoy living in a downward spiraling scenario with dangerous ecological and social trajectories, we would surely get a 100%: No!!

However, this is the situation we are facing at the beginning of the second decade of the 21st century. At the surface, It is the result of widespread ignorance towards scientifically-based predictions, such as the report to the Club of Rome “Limits to Growth”, published in 1972, in which, among three other men as co-authors, Donella Meadows encouraged the readers that changing downward-spiraling trajectories was possible. She herself was fascinated by the potential that she saw in scientific modelling. However, never did she suggest that it will be graphs and models that would engage people’s hearts and minds in a way that they change behaviour. In 2021, Gaia Herrington, Director Sustainability Services at KPMG took the 50-year-old report and compared the predictions with recent developments. The result is not at all encouraging: she shows, with minor aberrations, that we are beginning to hit the negative targets that Donella Meadows hoped to convince humankind to avoid. Yet, Donella’s work was not without impact: the famous and heavily criticized report to the Club of Rome “Limits to Growth” has appalled many, but has inspired many more.

Limits to Growth inspired many

Even though global actions and political decision-making has not drawn the consequences suggested in the report, the underlying message was heard by many. It created resonance across the globe, inspired teachers to change their curriculum, students to focus on environmental studies, companies to shift their business model and activists to create political parties. The report unearthed a deep knowing – with a pause in action and a dose of contemplation we know that we are the result of evolutionary pathways that require ecological life-support systems. If we mess up what has more recently and scientifically defined as planetary boundaries, we undermine the conditions for our existence.

Yet, despite these widespread mindset-shifts, the decisive turnarounds in how humankind approaches its future, has not changed at the scale needed. The world has grown more complex, technology has achieved some of the advancement the report had hoped for, societies have advanced social progress, but the underlying drum-beat remained the same: economic growth has been idolized and measured as if it was the only trusted promise of human progress. The report not only had brilliant predictions but an even more brilliant vision of a ‘dynamic equilibrium state’ of societies or the world to be achieved, in which, among other aspects, population would remain as stable as industrial capital flows, ecosystems would be cherished and taken care of, wealth would be fairly distributed.

What if until now we overlooked what keeps the wrong drumbeats going and what determines the trajectories of societies in dangerous directions?

In her later work, Donella Meadows published articles which not only focused on the scientifically measurable data. In her writing about leverage points for transformations, she pointed out that there is a sequence, if not hierarchy of actions and deliberate pathways to create that have more or less impact. The strongest impact, in her view, are changes in mindsets that underpin paradigms.

Even today, her article is a good reminder that many measures we take to green economies, save the climate and halt negative trajectories, all require a more fundamental shift to finally achieve the expected results.

Donella’s article has had strong resonance among scientists and practitioners who, since the nineties of the last century adopted a truly systemic view of the world and human economic and political action. Yet, rarely has her work been connected with that of so many other women who looked at the history of humankind with a feminist lens, such as the cultural historians Riane Eisler, or Heide-Göttner Abendroth, among many others. While not at the level of today’s technological development, there is ample evidence that human societies lived in piece while taking vitality as a core guidance for their egalitarian societal structures. Taking this feminist lens opens a window into the widely ignored, but existing knowledge about trajectories of human development that once where different.

The core elements of today’s world, which perpetuate self-destructive and collectively destructive features of societies, are - in relation to the history of humankind - a short period of a few thousand years, in which humankind seemed to have achieved a lot, yet with even higher costs for present and future generations. The features are well-known:

From a feminist perspective, the element of care for planet and people has been advocated for by femxle espertise such as Maria Mies and Vandana Shiva, Susan Griffin or more recently Marjorie Kelly, Kate Raworth, Katherine Trebeck, Hunter Lovins, Mariana Mazzucato, or Mariana Bozesan (see Literature below).

It is time womxn become architects of our future economies and societies.

Green economies, saving the climate and halting negative trajectories, all require a more fundamental shift to achieve the expected results.

For deep dives into a feminist lens to economies, this could be a starting point:

Griffin, S. (2016). Women and Nature. The roaring inside her. Counterpoint Press.

Trebeck K. and Williams J. (2019) The Economics of Arrival. Ideas for a Grown Up Economy. Policy Press, Bristol, UK.

As the 36x36 Association we take a stance

What if the elements of a new economic system are already invented, in existence and partly practiced? We need to learn from the innovative transitions that are already taking place at the fringe of the mainstream systems: the modification and remodeling of our economic system has already begun. 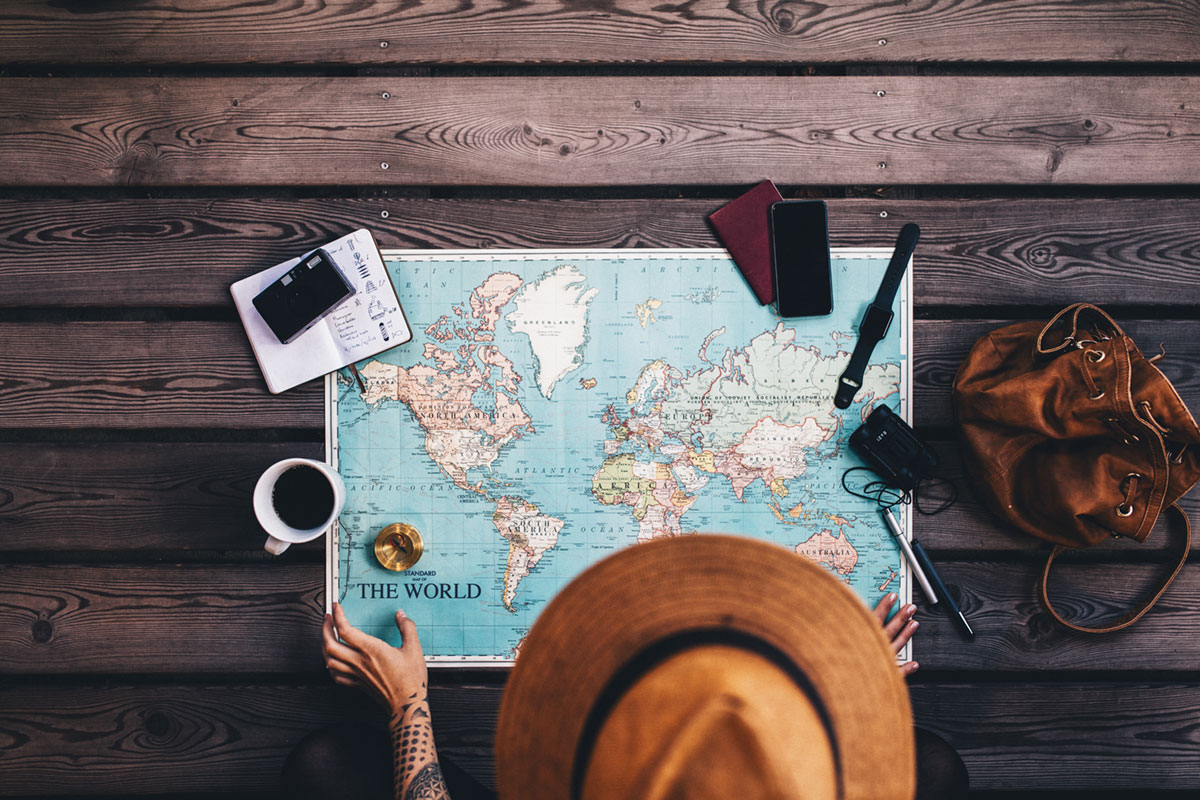 Women as architects of a regenerative economy

Why I, with seasoned experience in the finance sector, together with some inspiring women from science and business, have once again embarked on the adventure of founding an association. 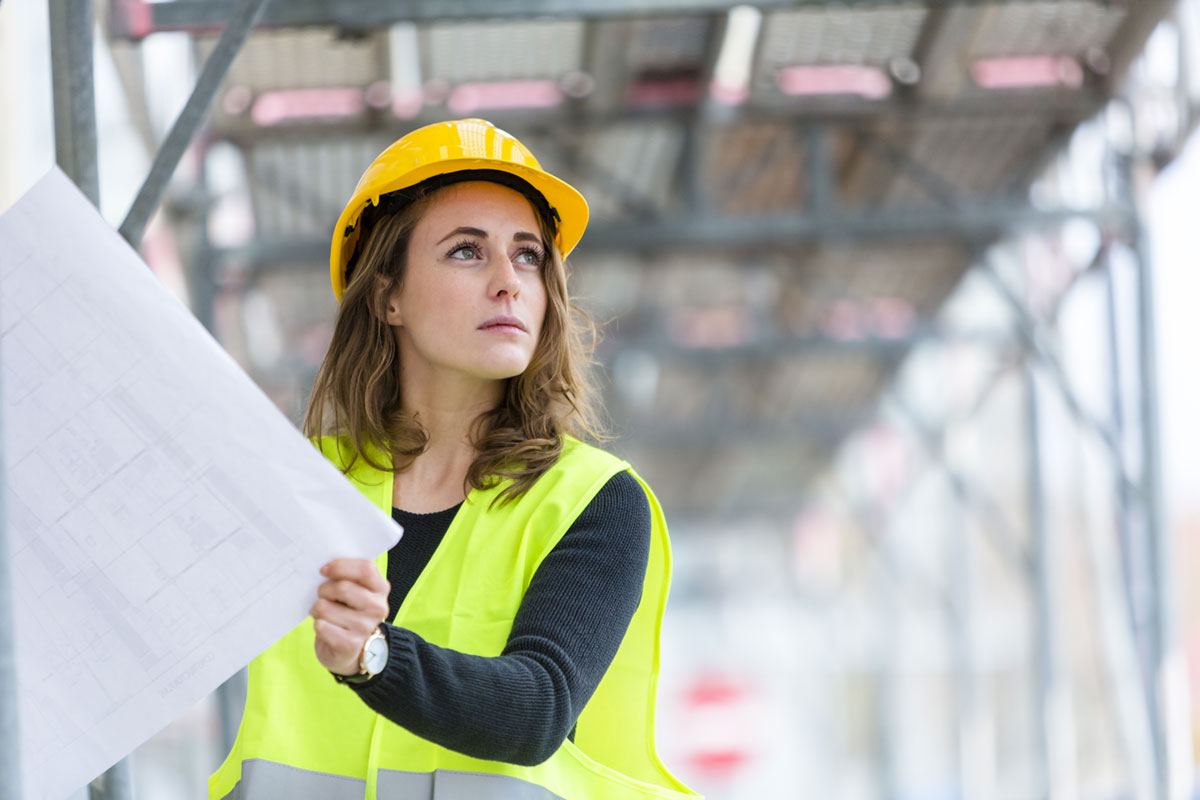 Why is “Life” the focus of future economies?

The future needs a global economic architecture that focuses on the conditions for life on our planet. While the pathways to implementation may differ, the broad direction is clear: creating life economies will require a fundamental shift in the global operating system. The change will be radical because only a new North Star for new economics will engender the necessary behavioral changes. 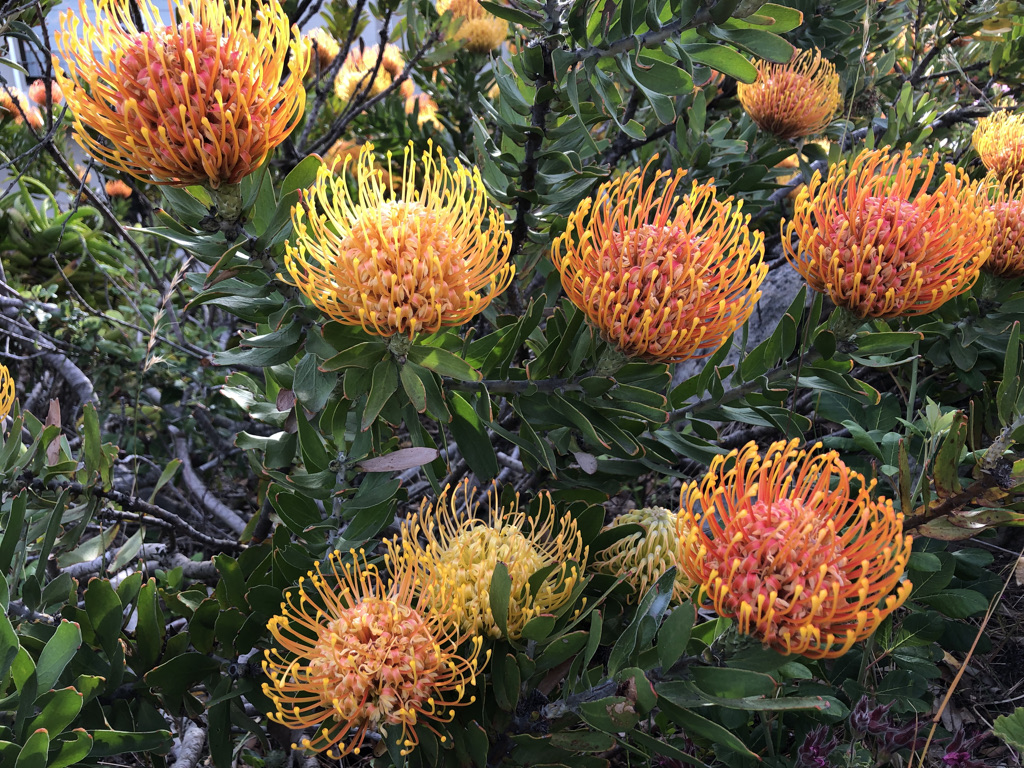 The Dogma of the Homo Oeconomicus Needs to End

Our current economic system takes the concept of the homo oeconomicus for granted. It has colonized the human mind and overtaken the diversity and wealth of human capabilities. It is time to embrace a more holistic view on human behavior, and the many ways it can be life-serving, and life-affirming. 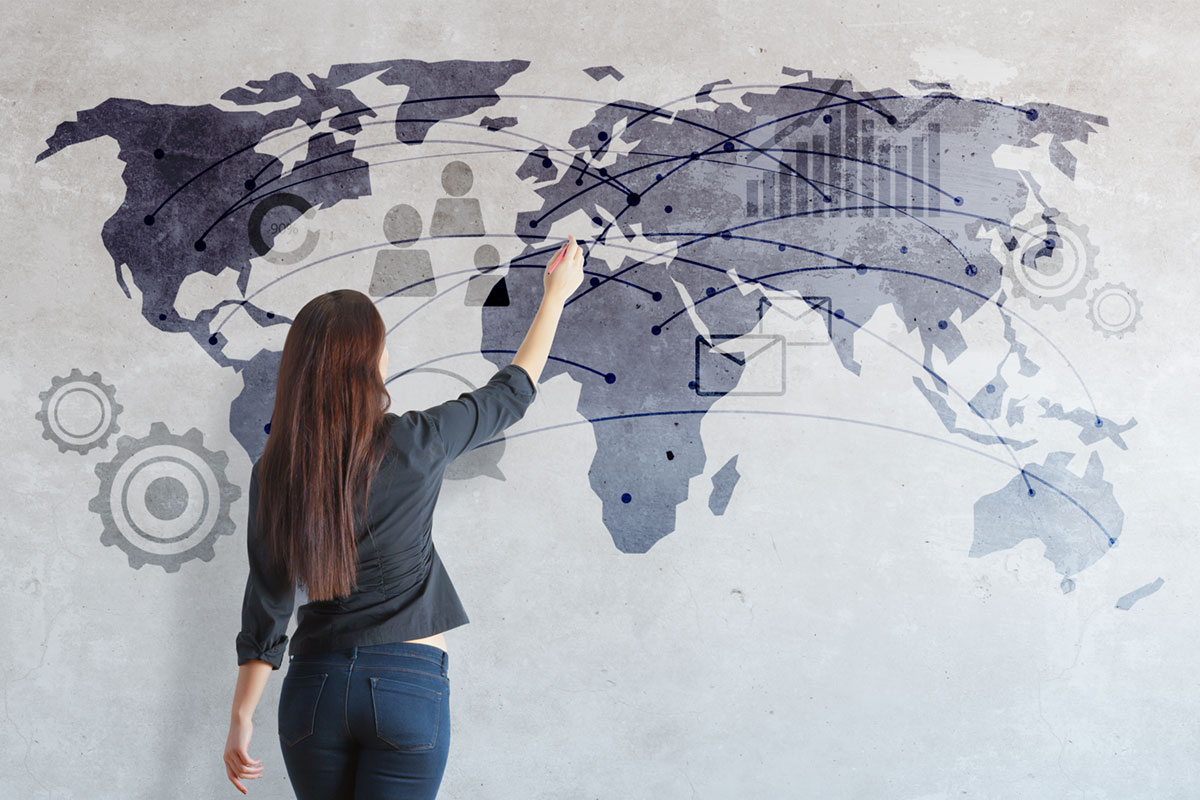 Doughnut economies thrive with a mindset of contribution

How can local aspirations for future regenerative economies combined with global responsibilities? How are thriving communities and a thriving planet connected? Kate Raworth talks always encourage us to think and act. 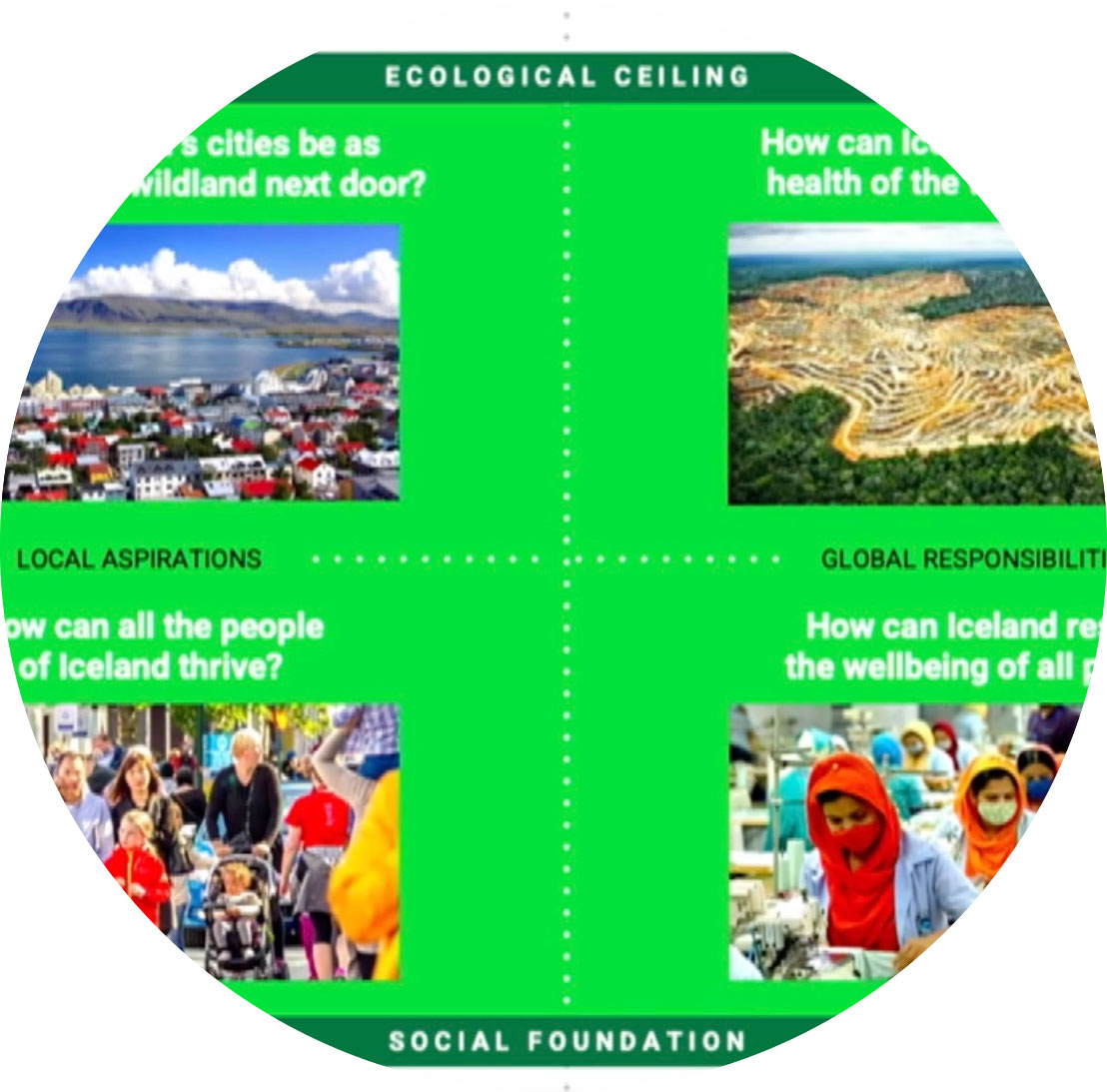 Changing the Drumbeats of our Economic System

The fact that we live in downward-spriraling scenarios of climate crises and biodiversity loss is not only the result of widespread ignorance towards scientifically-based predictions. It is an ignorance towards the true history of humankind. Femxle systems thinkers and feminist cultural herstorians need to connect so that we remember that what was once possible will be part of our future.

No items found.
Back To Shop
Product is not available in this quantity.
Thank you! Your submission has been received!
Oops! Something went wrong while submitting the form.
This website uses cookies for statistical purposes.
Close